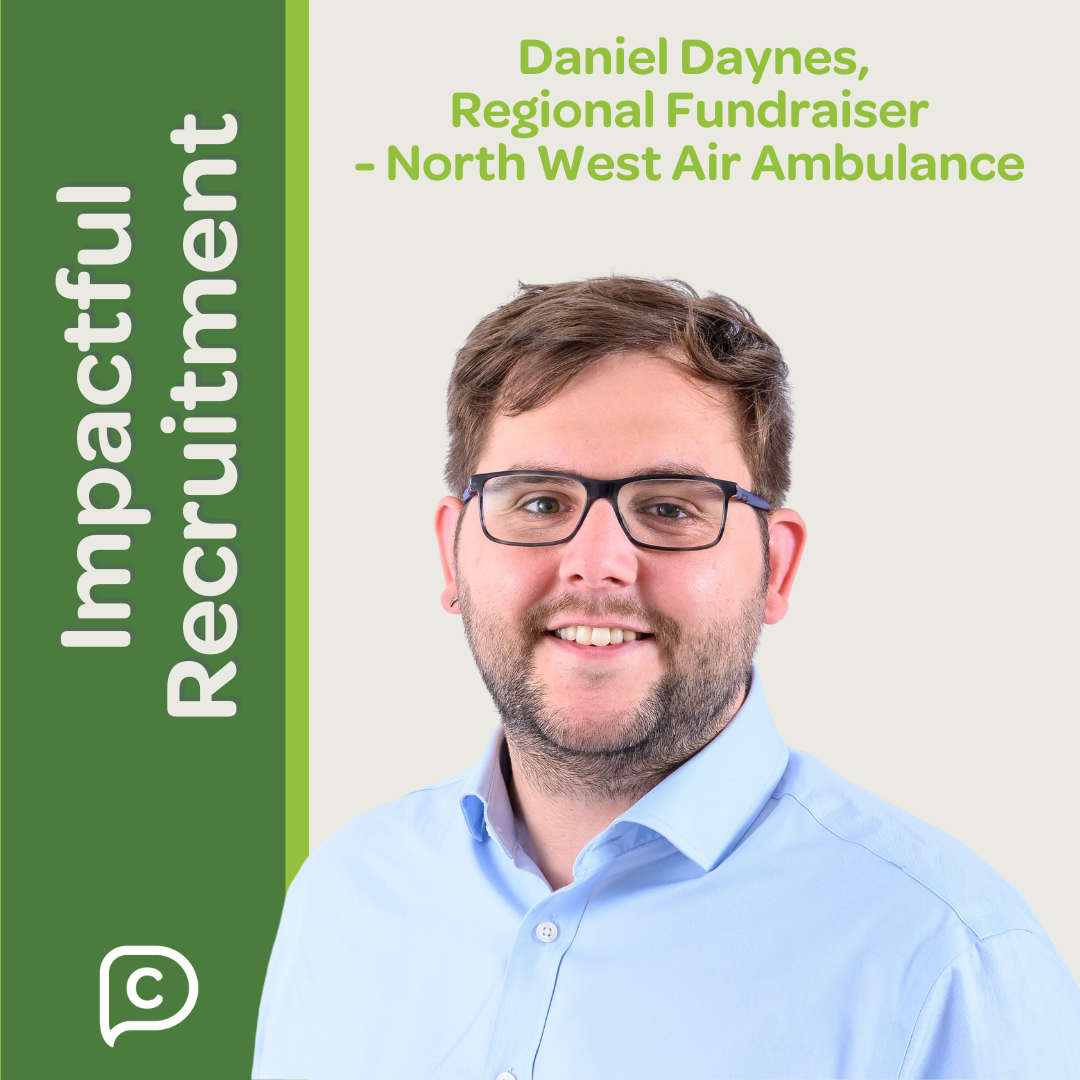 By Helen OlszowskaAugust 24, 2021No Comments

Before landing his first role in a charity, Danny worked in a bank. It can be difficult to make the move from one sector to another, but Danny’s story shows that it is possible. If it’s your dream to switch into the charity sector, read on for inspiration:

Tell us about your role at North West Air Ambulance.

I am a Regional Fundraiser covering Cheshire. The role mainly involves building and maintaining relationships with new and existing supporters, whether they are individuals, community groups or corporates.

What has been your biggest highlight since starting in the role?

Definitely how welcoming everyone in the organisation has been. They appreciate that fact that my skills and background isn’t necessarily fundraising.

At my previous job for a bank, I helped streamline certain processes. Off the back of this I had an operations manager from NWAA ask to catch up with me soon to talk about the processes the charity has in place and things we can do to streamline those. This was a highlight as I felt like I was coming into the charity as an underdog with limited fundraising experience, when actually I’ve helped bring in a different skill set.

What has really surprised you since starting your role?

It was surprising to hear that North West Air Ambulance receives no government funding. At first, I was baffled at how a vital emergency service is entirely reliant on donations, but I came to understand that having no funding from the government comes with its benefits. It means the Air Ambulance can effectively bring the hospital to the patient, providing the very best care when it’s needed most.

What excites you the most about your future at North-West Air Ambulance?

I’ve joined at an exciting time with a growing team and a five year strategy being implemented. I know there is room to grow and progress, and I can’t wait to learn new skills from my colleagues.

What advice would you give to someone else trying to get their first role in the charity sector?

If you are passionate about fundraising, go for it! I had no operational fundraising experience, my previous role was in banking and I also run a committee of volunteers for another charity. I was really nervous applying because the role asked for ‘fundraising experience’ but Charity People agreed I had all the transferable skills and experience NWAA were looking for. Take the leap!

We were so happy to support Danny to make the leap from banking to the charity sector. He had lots of transferrable skills and volunteer fundraising experience.

Good luck at North West Air Ambulance, Danny! Thanks for sharing our story. We’re looking forward to hearing more about your bright future in fundraising.