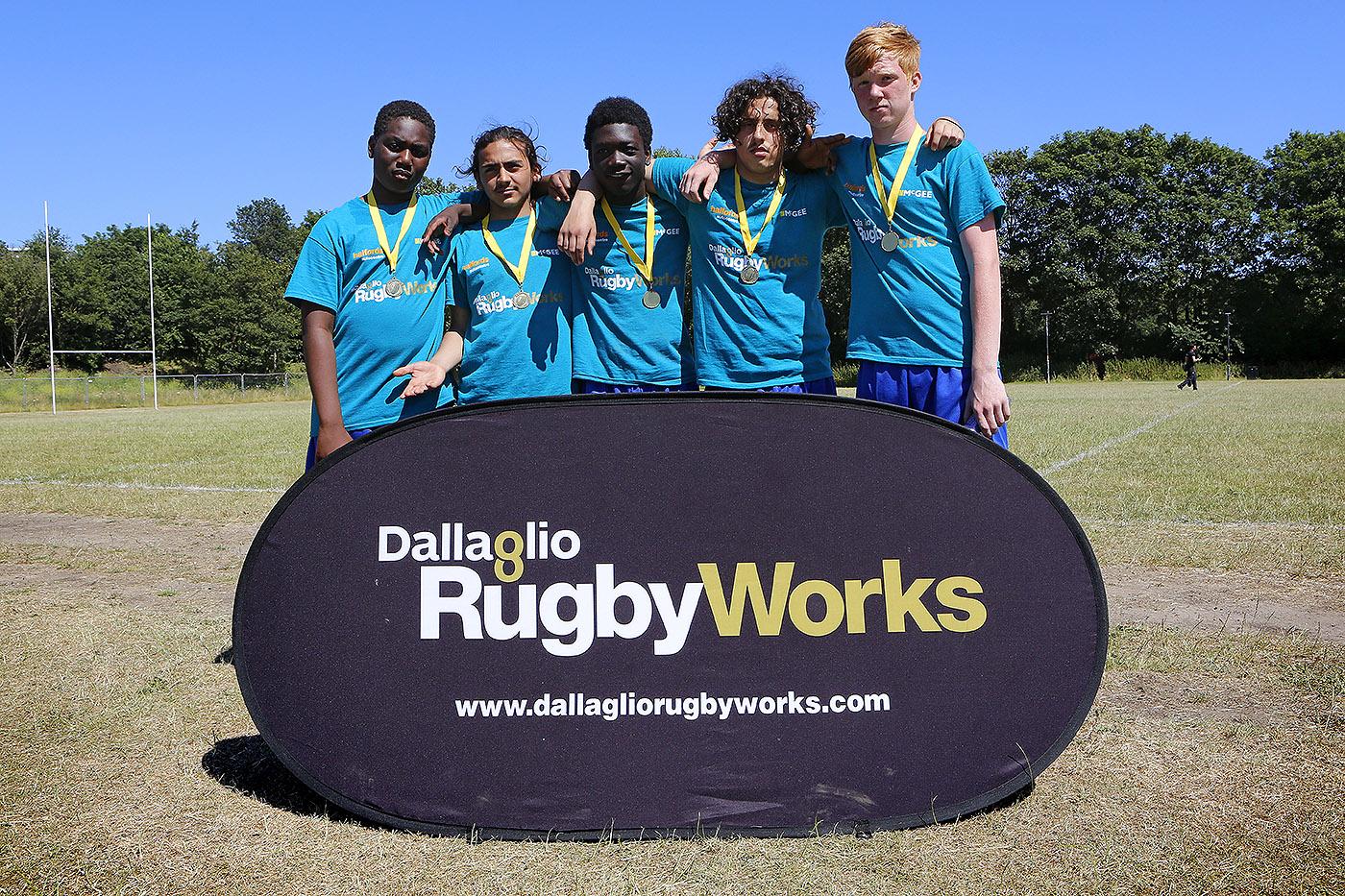 Recently, I had the pleasure of volunteering for an incredible charity called Dallaglio Rugbyworks.

The charity works with Pupil Referral Units, short stay schools, specialised schools in a mentoring and coaching role. The charity provides a staple in their curriculum’s that develops the students in a sporting environment, with specialist coaches working with the group and individuals to grow as people as well as students. There was a touch rugby tournament hosted for a number of schools who lack the opportunities to access sporting provisions, one of which is rugby.

It is well documented what Rugby brings to young people with its core values, to name a few: – Camaraderie – Teamwork – Discipline – Hard work – Integrity.

The tournament resulted in 12 schools across London coming together in a competitive format that was a complete success. Students from differing backgrounds, problems and struggles simply came together with a common interest. They represented their schools in a fun touch rugby tournament, which exhibited some lightning pace, and skills. The charity builds pathways to careers, apprenticeships and further studying to a very challenged and vulnerable demographic.

I want to thank Phil Hannah, and the whole of the #DallaglioRugbyworks team.