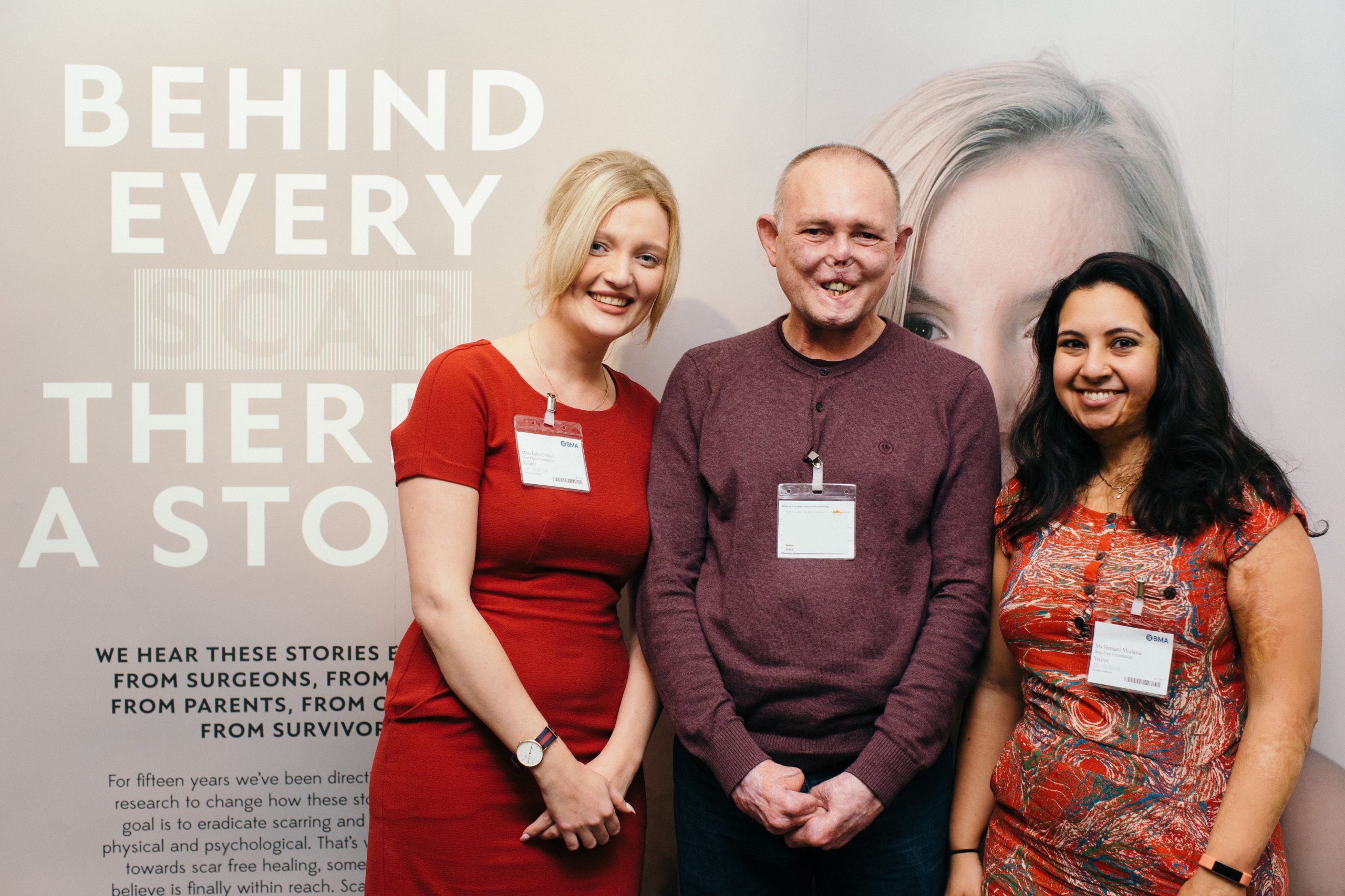 Uncovering my scars and discovering The Scar Free Foundation

When I was first in contact with The Scar Free Foundation I realised how little I knew about the charity and the impact they have. Their mission is simple, ‘To achieve scar free healing within a generation’. The lives of so many people could be improved with further breakthroughs by the researchers they fund.

The data and research speaks for itself:

I am sharing these shocking statistics with you as someone who is counted within them. I have a large scar on my left arm from a burn and a scar on my back because of a cancer scare. Neither have been life-altering for me, but without a doubt if I could have the option of removing them, I would certainly take it.

But the scar itself isn’t the only problem to solve. Every scar comes with a story and the after-effects of having a scar can include physical and emotional pain and distress.

The Scar Free Foundation is a small charity having a significant impact. They are trying to eradicate scarring and its physical and emotional effects. With the help of universities, colleges, NHS groups and other charities, they can achieve ‘scar free healing’. But they are determined to do this by centring people who have experienced scarring in their work. They say: ‘Behind every scar, there’s a story. We put the people living with, and affected by, scarring at the heart of all that we do.’

A story I wanted to highlight is one of a little girl involved in a bonfire accident at 17 months old:

“When I was 17 months old, I was burned in a bonfire accident. Half of my body was burned and the doctors put me back together. I spent two months in the hospital and I am lucky to be alive. I have had lots of skin grafts and my mummy calls me her patchwork doll. I have had 100s of operations and about 1,000 check-ups! I’m sharing my story to show that scars are beautiful, but also to show some of the difficult physical effects of my scars. Sometimes walking and running is painful, and my hands work differently to other people’s hands due to my scarring. Scar free healing would mean I could play with my friends like I want to, and I wouldn’t have to have any more operations or check-ups”.

I think what is striking about this particular story is the change in narrative to scars being beautiful, but also the difference that being scar free would have on this little girl’s life. Simply being able to play with friends freely would be such a huge thing for her.

This is just one of example of a person impacted by scars. There are a number of brave Ambassadors to the charity who, rather than be defeated and keep quiet about what they live with, choose to speak out and show others that through research and funding we can eventually have a scar free future.

The stories on the website are amazing and the improvements that have been made in the field are staggering. But there is so much more that needs to happen and the awareness and funding available for treatments and research is minimal.

I feel fortunate to have discovered the work of The Scar Free Foundation and implore others to reach out to the charity, to offer support and create awareness around this issue.

To find out more, visit https://scarfree.org.uk/