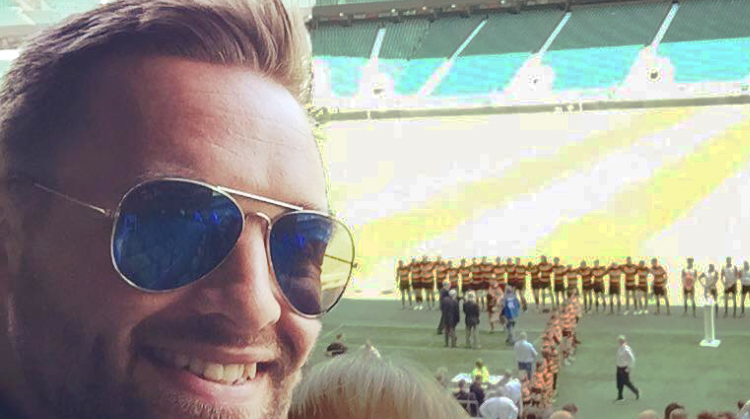 As part of the lead up to Pizza for Losers, Stuart tells how he used a bitter disappointment to drive him forward.

I have played Rugby all of my life. I have had my share of highs and lows along the way. In my latter years of school and club level rugby I played with a great team. Our successes meant that we made the finals of a national tournament. It was to be played at Twickenham – the shrine of rugby. It was my dream to play there and I had been an ever-present member of the team.

The week before the big day, I had to miss a local tournament due to illness. Another player, who had not featured at all through the year, played in my place. He had a good tournament. The squad for the National Finals was announced and I wasn’t in it. The player who replaced me for the tournament the week before was heading to Twickenham instead of me.

Of course, they won and had the magical experience of lifting a trophy in front of the Royal Box. It was a bitter pill to swallow. Seeing the team and squad come back and be treated like superstars was equally hard to watch.

My dad saw how much it had hurt me. He advised me to channel my feelings into making sure that never again had to miss out.

So I trained. I trained hard and I got myself stupidly fit. I remember cycling in Brittany in the pouring rain a long these long hilly roads, nearly getting blown off the roads and I remember pushing harder and harder on the pedals, keeping in mind why I was doing this. I would not experience missing out again if I could do something about it. I wanted there to be no doubt that I would never miss out like that again.

After spending 18 months training and playing representative rugby, there was an opportunity to go to New Zealand to play rugby on a scholarship. It came a little bit out of the blue and I went forward for it. To secure it, part of the process was a fitness and a rugby task. I got the scholarship and I went to the other side of the world for three months and experienced and played rugby where few have had the opportunity. From the previous failure and with the support of my dad, I was able to experience something that I likely would not have – if I had not experienced the failure that led to me missing out on being in Twickenham and playing rugby with my friends.