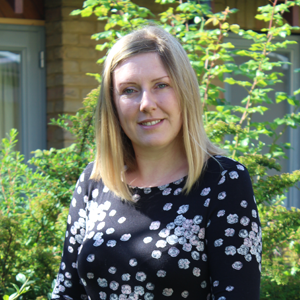 ​How much money does the hospice need to raise each year?

When I started we had to raise £4 million and now we’re at £12 million overall; it increases all the time. A quarter of that is from statutory sources, whereas it used to be a third so we’re definitely upping the ante on our voluntary income. Having that flexibility when you have money that you can spend as you wish means that you also have flexibility of direction for the whole organisation. It’s been challenging – within six months of me joining we hit a recession. We really had to think about what we were doing because wewere quite corporate heavy at that point and that just dried up immediately. That’s when we started looking at things like the Midnight Walk and mass participation events – more people raising smaller amounts. That strategy really worked because we kept those supporters engaged with us and really built up the database over that period too. Great North Snowdogs was just phenomenal in terms of data capture and recruitment.

What is the Great North Snowdogs campaign?

Snowdogs was a two-year project in the making, although the public didn’t see all that! It was a mass art trail; huge sculptures of snow dogs. We then commissioned each one and got artists involved to design and decorate each dog. Each dog was then sponsored by a company. There was a real opportunity for a win-win situation that we’d never managed to create through anything else. The ability for the companies to market on the back of their Snowdog; the things they could get involved with just became huge!

It was hard sell at first because it was quite a complicated case to make to get them to buy into, which I know we have totally overcome for next time. We’ve actually people asking us if they can sponsor next time round. Our key headline sponsor, Nexus, are saying they will definitely do it again. They are saying they can’t find anything that will generate the revenue that Snowdogs did because we got so many people mobilised on the Metro system like never before. They changed the names of the stops from Whitley Bay toWhippetley Bay! It just went on and on!

Loads of things just kind of galvanised from it. Fifty Snowdogs sponsored then turned into fifty schools with smaller Snowdogs. It just totally grew legs! As well the big sculptures, it was that local community involvement as well, so we had them in little packs in different places that you could go out and see. Essentially the aim was to auction them all at the end, but we ended up doing a big three day event where we brought them all back together because the outpouring of affection for these things was so huge! Wegot literally thousands of the people coming to see them over the three day finale event!

The merchandising grew as well. So something that we originally thought would be quite small, we were selling porcelain Snowdogs en masse! People were giving them for Christmas presents! From that original project team it grew and grew; we ended up needing to bring in a much bigger resource. The digital side was massive and social media needed 24-7 response, which led to real engagement with people that we’d never had before. The amount of media coverage we had was phenomenal. 675,000 people came to visit them – the impact report was just amazing! It has a massive impact on the North East economy; millions of pounds coming into the region comparable with major events like the Great North Run. That’s because people were doing things over a period of time; it wasn’t just a one off hit.

It was something so different and something that appealed to so many people. We’ve got such lovely stories out of it. There was one guy in Tynemouth who had been a recluse – literally hadn’t been over the doorstep for years. He’d read about them and could see one of the dogs out the window. He said, ‘I’m going to get out of the house and go see it!’ He’d got himself out there to see the dog and was sat on a bench just crying. He wrote us this beautiful letter saying that he was in tears because he hadn’t been able to step foot out of the door. He then started getting taxis to see the other ones. He didn’t feel that he could get on public transport, but he could get a taxi and see another one now. He said the campaign had literally changed his life because he’s out and about now. You can’t believe that what we’re doing has such a big impact because it’s nothing to do with our natural cause. So many stories of families spending time with each other and the campaign bringing people together.

I also think there was something about the statue being a dog. We are a nation of dog lovers! This is going to sound really pathetic – and you may think I’m slightly mad – but the first weekend they were out on the trail and we got news they had been damaged, I was virtually in tears. Not because of the effort that had gone into the campaign, but more ‘how dare you hurt my dog!’ ‘I am outraged!’

The original story of the Snowdogs came from famous The Snowman story; the little boy who builds a Snowman outside and they go off on their adventures, but the Snowman melts so it is a bereavement story. We tied that into our bereavement work when we were talking about it in the press. The affinity with that just really worked. It was a nice story to get hold of and be able to talk about in schools. The message really hit home and had impact. Lots of little bits of magic just came together on that.

Companionship is a huge part of the end of life journey and Snowdogs really tapped into that too. We’ve had people bringing their own dogs in to the hospice for that reason – I would want my dog there if I was going through that. Something like that can be really important to people and that’s why a hospice is such a different environment than a hospital. We completely personalise things for people and it is bespoke. If you want your dog there, your dog’s there. That’s what is going to bring comfort to you at that time. Alot of people can show emotion – even stiff, upper-lipped people – to a dog that they cannot show to a human. It’s alright to be stroking and touchy-feely with an animal, but maybe they just can’t with a human being.

We have since held an exhibition of where the dogs have all now gone and we’re going to take that out publicly and put it in libraries. People still want to know where their Snowdogs have gone! And, we will definitely run this campaign again, but it is one of those things that will need at least a three-year gap. For the sanity of the team if nothing else! You need to make sure that you take on all of learning. For the next campaign, we are going to try and create our own mascot from it. We had such a limited period of time with the copyrights of the original product. As great as it was in terms of awareness and people relating to it, I think people get that now in the North East. People have seen it and they know it’s out there, so creating something that we can go on to sell in order to galvanize further will be the natural next step.

The Snowdogs idea was ultra modern, innovative and fresh. How do you nurture innovation and creativity within your team in such a saturated charity market?

We have a lot of team sessions where we just try to brainstorm. There are debriefs after every event and campaign thinking about what we could do better next time. We do a lot of that kind of thing. We have away days at least twice a year where it is purely about the team. They get to set the agenda. Bring what you have seen out there that has totally inspired you. What do you wish you’d been able to work on in another charity? That sort of stuff – encourage that. On-going training is an important thing and looking at where you can offer mentoring within your team.

It’s not even necessarily just looking in the sector. It is also looking outside the sector. Improving processes is hugely important and recognising your team for doing that. Small, incremental things can mean quite big changes. Ease of working makes everyone’s life simpler and easier in terms of processes. That runs right through our organisation and we actively encourage that – bring your ideas forward! I do an induction with every member of staff on a one-to-one basis. Never be afraid to knock on my door and say ‘we could do this better’ or ‘I’ve had an idea’. I encourage that right across the hospice too. If you’ve got an idea for fundraising, we want to hear it. But I will crucify the next person who says ‘do you think we should get Ant and Dec?!’

What are the biggest challenges and / or opportunities facing fundraisers right now?

There is a lot of competition out there, but I don’t think that’s anything new. I think we’ve got a lot of charities out there trying to do the same thing. People need to look at collaboration more. It’s great that we are doing it in terms of the hospice sector. Getting together and saying ‘what can we achieve?’ Looking at the pure end goal like when we were set up in our infancy – it was about putting patients at the heart of it. If we were just looking at that and the services we provide – rather than getting hung up on whose jobs are going to be at risk – how much more could we achieve? Between the hospices we have around £30 million worth of income. If we just had that £30 million to spend, what would we do with it? It’s constantly pushing at those boundaries.

Equally, there are umpteen cancer charities out there all trying to do the same thing. It’s just nuts if you actually look at why we are doing it in the first place. The driver shouldn’t be able keeping your organisation afloat. That’s a real challenge to overcome and I get that people are protective. But, if you could even just open up and talk about what we are doing together. When there are opportunities to work together, let’s do that. Have at least the insight around what we are all doing; be open to the strategy and the planning. Not necessarily from the fundraising side, because that comes on the back of what you are trying to achieve. But at least then we wouldn’t be treading on each other’s toes so much. I think the public are getting sick of that; there is a bit of fatigue. We need to be the ones that take control of that. Get the right messages back out there, along with trust and confidence in the charity sector. It’s still there, but it has been tarnished. Being aware of the public feeling is really important. Being prepared to answer questions and be really transparent with what you are doing.