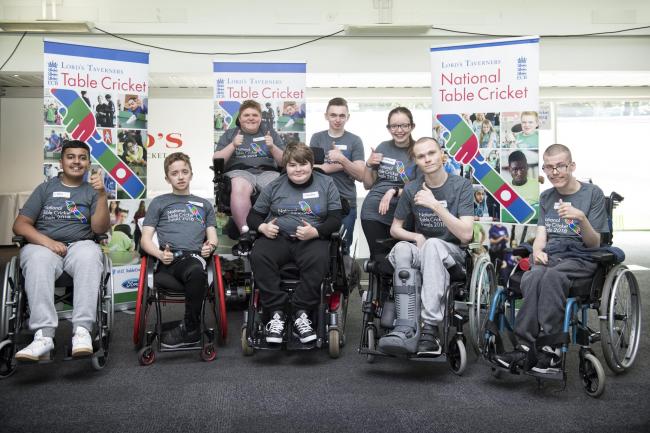 Bowled over by Lord’s Taverners

Last week I had the pleasure of meeting with Dylan and Alex from Lord’s Taverners charity, based near Blackfriars station. I went into the meeting with a small amount of information on the charity, as I am an avid sports fan with experience following and volunteering with sports-based charities. I knew it was a charity focused on cricket, but I did not realise the scale of work they do and how many people they help.

Lord’s Taverners name has been misconstrued as a male focused charity because of having ‘Lord’ in their name. However, this is in fact due to the charities strong link with Lord’s cricket ground, the England cricket’s home ground and most historic venue.

Dylan and Alex were kind enough to show me around their office and go into detail around how the charity engages with the community, with particular emphasis on the groups they aim to support. Their focus is on inclusion. The charity aims to offer cricket as a sport to engage communities that do not get the same chances as more privileged demographics. The charity works closely with children and young people between the ages of 8 and 25 who have a disability or live in a high poverty region that don’t get access to cricket and sports programmes.

The two startling statistics are as follows:

•‘30% of children (4.1m) in the UK live in poverty, with those from lowest income households more likely to report low levels of physical activity: 47% of children aged 5-15 from the lowest household income group currently have low activity, compared with 35% in the highest’.

So, how far is their reach?

The charity runs a few programmes, but I want to talk about two of the main ones they run across the country. Table cricket and Wicketz.

Table cricket is an adapted version of cricket, played on a table tennis table and specially designed to give young people with a disability the chance to play and compete in the sport we all love. This sport looks incredible and has been highly successful across the country with regional and national tournaments every year. The sport was initially designed to focus on people with disabilities but with the format being such a success, this has now been opened to the wider community to people without disabilities. This has created a fantastic sport which has allowed a level playing field for all involved, regardless of disability. This program runs across all counties in the UK.

The benefits are remarkable. The Table Cricket format of the game has had such a positive impact on children and young people that play. Table Cricket has been shown to develop teamwork and social skills among players. It also helps coordination and cognitive skills.

Click here to see some of the case studies who have benefited from the programme.

Wicketz is a programme focused on deprived communities and works with children and young people between the ages of 8 and 19. The programme has 19 hubs across the country from Plymouth, all the way up to Glasgow. These sustainable cricket hubs provide year-round, weekly cricket sessions with a focus on breaking down barriers, developing crucial life skills, creating stronger communities and enabling brighter futures for those taking part.

Each hub has a Development Officer who works closely with the children and young people in the community. The young people that attend are young offenders, refugees and excluded pupils.

The program aims to tackle local issues. These programmes are bespoke to the communities they work in and the young people get to meet and work with role models, community leaders and other peers.

Click here for a link to the Wicketz programme and their reach.

Outside of the programmes, I got a real sense from Alex and Dylan that both are fully invested in the work of the charity as well as everyone in the office. We met in one of their meeting rooms and all along the walls were former presidents of the charity. There were some big names from entertainment and sport. Such names include Eric Morecambe, Trevor MacDonald and Will Carling.

The charity is a lot more than a sports charity. I don’t think that’s their sole focus and neither do they. They do not want to purely focus on that aspect. There is a current and real divide when it comes to inclusion in cricket. It has the unfortunate reputation of being a privileged sport, whereby the affluent get the best chance of success in the sport. Lord’s Taverners, alongside their great programmes, are trying to create a better balance where young people in deprived regions, as well as young people with disabilities, get the chance to be involved with a great sport.

This is a magnificent charity and I walked away trying to work out how I could put all of the information I learned into a blog. There is a lot more to talk about and I would encourage people to check them out here.